Michael became a licensed Realtor on his 19th birthday, and this July will mark his 20th year in the industry. Michael works on a team with two other dynamic Realtors: Jorda Maisey and Trisha Bongers in the Vancouver suburb of Langley, B.C..

The team has always been on the cutting edge of real estate technology. They have been paperless for more than 5 years. Michael, Jorda and Trisha joined RE/MAX in the fall of 2011 and helped open a paperless, boutique RE/MAX office last summer. Michael speaks regularly on technology and social media.

Michael can be found at bchomeconsultants.com or by email at [email protected].

After obtaining his real estate license in 1983 Dave started his career at a conventional company. After receiving his first commission check, he knew there had to be a better way. When RE/MAX arrived on the scene several years later Dave joined one of the first RE/MAX offices in the New Jersey System and has not looked back since. Having just celebrated his 25th year in the RE/MAX system, Dave has held many positions including office manager, Broker Owner and the Director of Operations for one of the largest RE/MAX franchises at that time.

Dave has never stopped selling and is a member of the RE/MAX Hall of Fame and a consistent sales club award winner. He has been awarded the Distinguished Service Award and Esprit De Corps award from RE/MAX of NJ. He holds the ABR, CDPE, CIAS and SRES designations. He is the Team Leader of the Enviro Realty Team along with his wife and partner Vanessa Fauquier.

David and Vanessa can be found at therightenvironmentiseverything.com or by email at [email protected].

3 Responses to "Meet the Hosts"

Get Your “Mobile Agent TV” T-Shirt

All proceeds from the sale of "Mobile Agent TV" shirts will be donated to "Motorcycle for Miracles" is support of the Children's Miracle Network Hospitals. 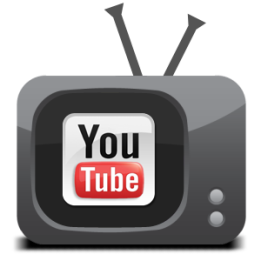